I have had problems corralling the dogs' outdoor toys for a while now, and since we spend a great deal of time outside (all year round, rain or shine) this is an issue.  First, I tried a plastic lidded bin.  It was *mostly* water proof, but when the lid was on, the dogs couldn't get the toys out, and when the lid was off, it would fill with rain water every time we had wet weather.  Then, in some tragic accident the lid got cracked, so the bin became a water collecting nightmare.  So, when I saw this soft plastic tote at Target this afternoon, I knew she might solve all of my problems! 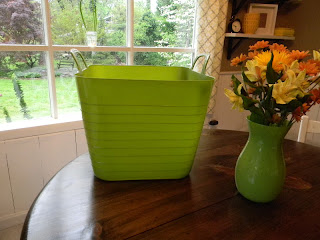 She was just the right size, she has handles, and she is cute to boot! 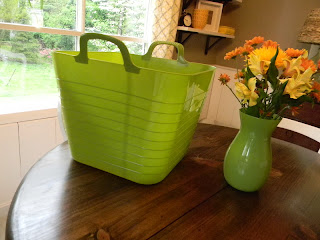 The first thing I did was recruit Colin to drill some holes in the bottom for drainage. 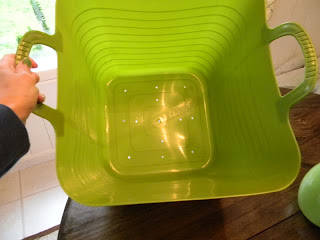 To say that I was impressed that he not only drilled plenty of holes, but that he drilled them in an awesome pattern would be an understatement.  See, some of my Type A/OCD tendencies are wearing off on him!  (Hopefully only the good ones.) 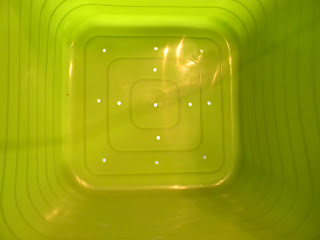 Once the holes were drilled, I immediately took the tote outside and filled it up with our dirty, ratty well used toys. 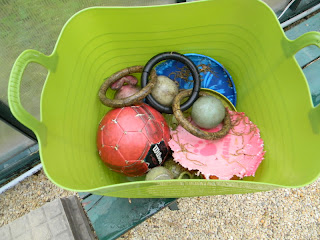 Since it's raining now, I placed it in the green house.  I think Blake approves! 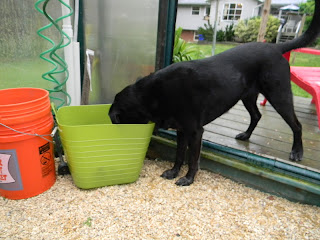 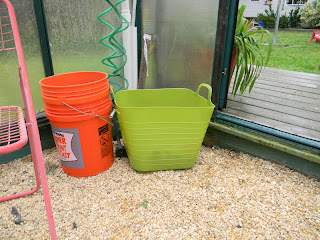 What a simple, quick and fun solution to a nagging problem!

Emily
Posted by Emily @ The Diligent One at 6:28 PM