It could be worse, I suppose.  My addiction- that is.  Being addicted to throw pillows isn't that bad.  Actually, it's kind of fun.  :)

I've been in the mood for some new throw pillows for the couch.  I glanced around halfheartedly at some stores, but I knew what I really needed to do was pick out some fabric and sew my own.  Not only do you get exactly what you want, you end up saving money (usually) since you can reuse old forms that you already have.

And, that's exactly what I did this weekend!  This is the fabric that ended up coming home with me.  Are you drooling as much as I was when I found these two sweet fabrics? 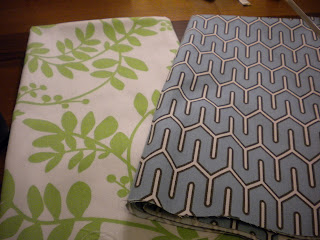 I was going to type out a tutorial on making a simple envelope style pillow case, but there are so many good ones around already.  Just google it if you're interested.  So, I made this guy: 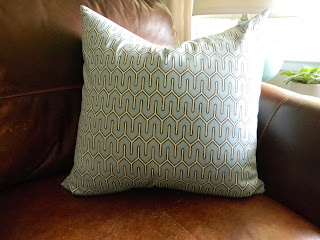 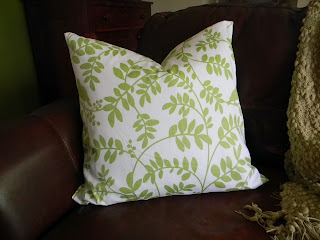 And, I think they both look great with the paisley print pillow I already had. 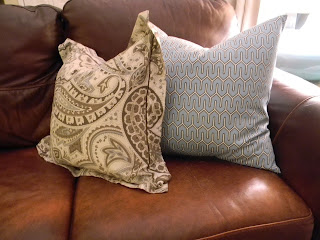 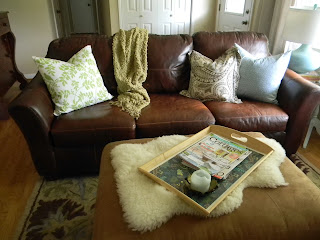 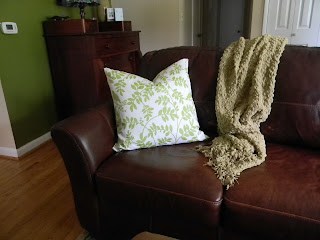 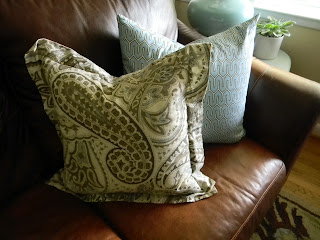 I think the fresh, colorful pillows do a lot to help soften up the leather couch.  Leather is such a great idea for the dogs, but it's really kinda cold looking.  I do dream of a nice, soft, deep upholstered couch, but I just haven't pulled the trigger on that one yet.  So, for now I get new pillows. :) 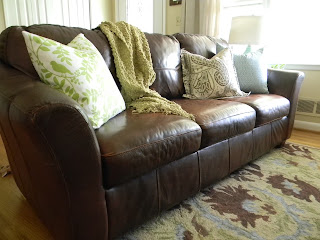 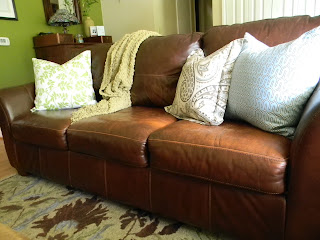 Oh, and one more thing:  if you do sew some envelope style pillow cases, do yourself a favor and give the only visible edge- the area along the back side of the pillow- a nice thick hem, would ya?  I have recently discovered this trick (which none of the tutorials I read mentioned), and it does wonders for improving the final product.  Maybe this is common sewing knowledge, but I never professed to be a sewer.  :) 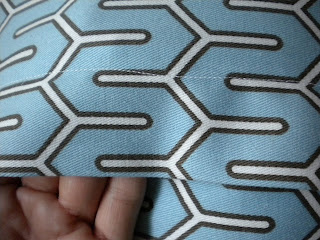 But, enough about pillows.  Frankly, I think this couch accessory is far cuter than all of the throw pillows in the entire world put together. 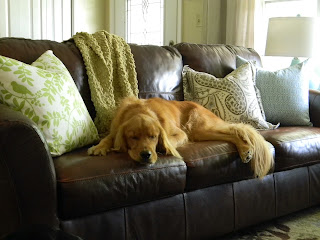 sharing with the girls at