Day 2 started in Cleveland, Ohio.  Nothing too remarkable to report here.  I managed to find a couple more guitars this morning. 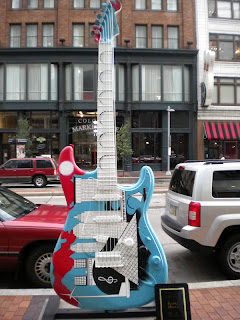 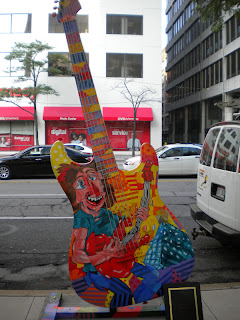 And, we did venture down to the water before leaving town, since we didn’t have time last night.  Having never been to any of the great lakes, I was super impressed.  It really felt like the ocean.  And, actually, as weird as this may sound, it felt a lot like Baltimore to me.  Or maybe the Maryland shore.  The harbor, the boats, the seagulls.  It all felt so familiar. 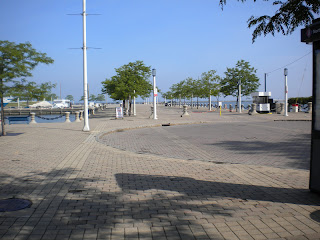 We also saw the Cleveland Brown’s stadium and the Rock and Roll Hall of Fame, but only from the outside.  :( 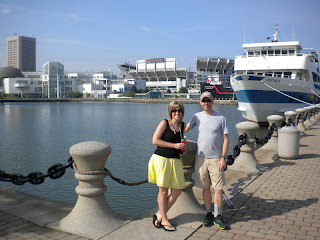 By mid-morning, we were headed west on route 80, Chicago bound.  The pleasant 6 hour drive was punctuated by three Baltimore Orioles sightings (odd, did they follow us from Charm City?) and my first ever lunch at a Steak and Shake where I had a solid burger and a super tasty Orange Creamsicle Shake.

At about 3 o’clock local time, we were pulling into a parking space in front of Parker’s Pets in the Hyde Park neighborhood of Chicago.  We decided to make time for a stop at Parker’s because Katie, the owner, and I have been online friends for several years now but have never met in person. 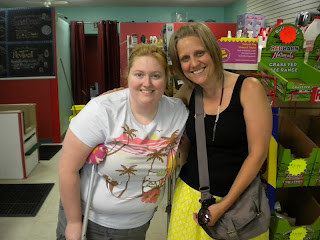 Parker’s Pets was totally awesome, and after lots of lovin’ from the resident Poms (ahem, Kirk!), we were on our way. 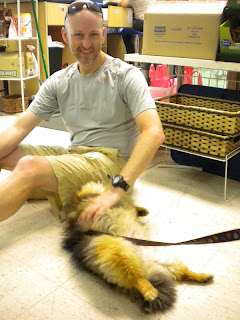 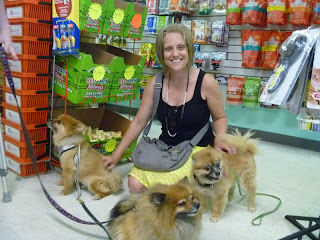 Once we checked into our hotel, we hailed a cab for Navy Pier. 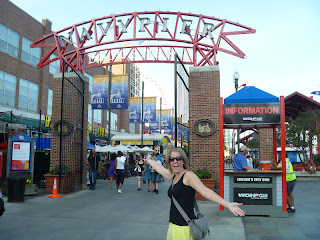 The windy city was certainly living up to it's name, but the wind was actually a welcomed relief, because it was 95 degrees.  We poked around the Navy Pier, did a little people watching. 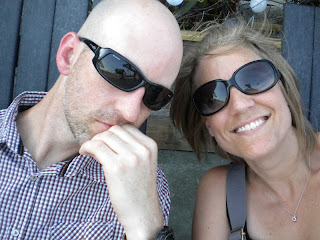 And then, by sheer luck, we discovered some free live music.  For free.  Craig Morgan, a country artist, happened to be putting on a free concert at the end of the pier.  So, we moseyed on down and took in the tunes.  Did I mention it was free?  Free country music makes Emilys happy. 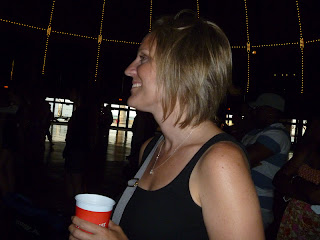 After catching the sunset over the Chicago skyline... 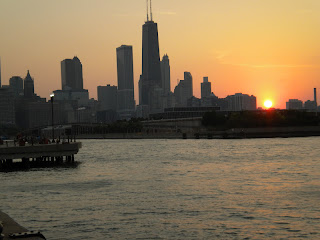 ...we decided on a water taxi ride back in the general direction of our hotel and where we wanted to have dinner.  The water taxi might have been one of the best decisions of the day.  The night was perfect for it- there was a nice warm breeze off the lake, and the quick trip up the river was breathtaking. 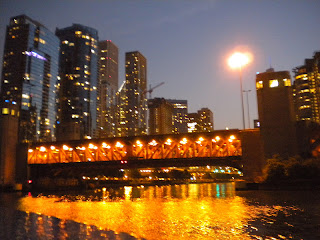 Upon a facebook recommendation, we popped into Portillo's for some local Chicago cuisine, and let me tell you:  Portillos sure did make our tails wag! 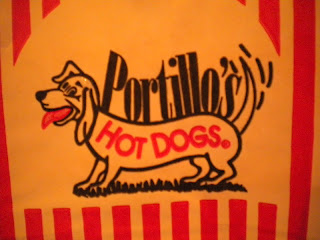 And, truthfully, I debated an entire blog entry on just this experience, but I only wanted to fork over enough moolah for one hour of wifi.  So, here's the reader's digest version:  in short, K & I both agreed that the Portillo's meal has been the best of the trip so far.  We got one loaded hot dog: 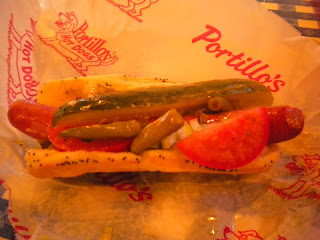 And, one italian beef: 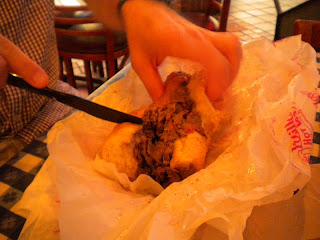 And we went halfsies.  Best.meal.ever. (of the roadtrip) ever.  Okay, and well, there may have been another hotdog, but I can't really remember.