After such a fun evening in Sioux Falls with Kali last night, this morning came way too soon.  But, not as soon as you might expect since we didn’t get on the road until 10.  Not a big deal- it was only one of the longest driving days and the day with probably the most things on the to-do list.  Oopsie.  Anyway, our first stop was the Corn Palace.  We had been practically brainwashed by every South Dakotan who crossed our paths about the importance of visiting this amazing building decorated with corn, so we obediently took the advertised exit and winded through the city of Mitchell, SD to hit the tourist attraction. 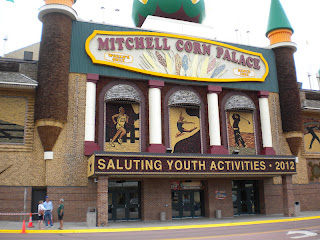 I don’t know the story behind this whole “palace”, but basically it’s a convention center type building that is decorated on the outside with corn, and the decorations are changed annually.  I think K & I are in agreement that the Corn Palace most definitely does not fall into the Must See category.  At least, not for us.  But, we came, we saw, and we used their bathrooms, so I guess all was not lost.

Next up:  the Bad Lands.  We opted to drive the 35 mile loop through the national park, and we stopped at most of the strategically placed overlooks.  I don’t really know how I could ever do anywhere near justice to what we saw in the Bad Lands via a blog post.  So, I’m not even going to try.  I will say that as we approached the park, a wicked storm was brewing on the horizon.  During the hour or so we were there, the storm rolled in, bringing some heavy rain, winds and lightening, and then rolled back out leaving a gorgeous afternoon in its wake.  So, without further ado, I present to you:  The Bad Lands, a photo diary. 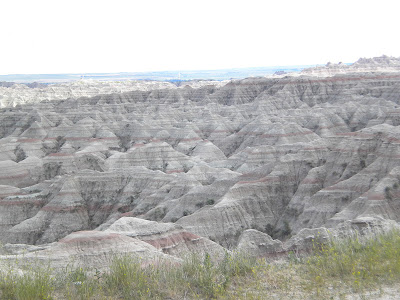 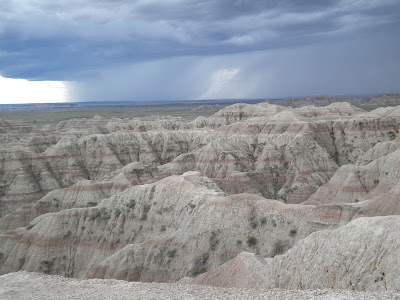 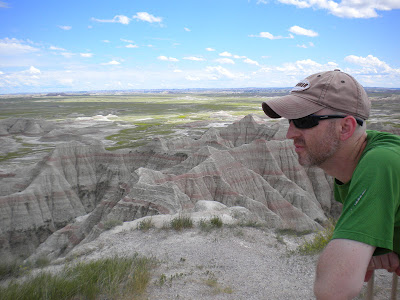 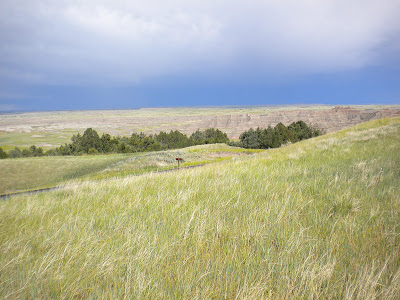 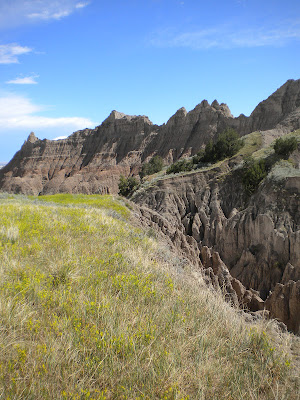 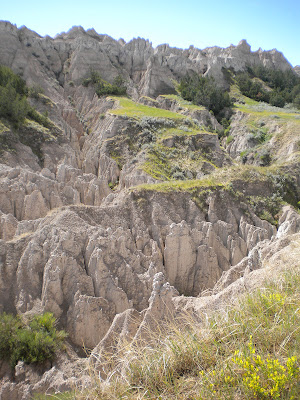 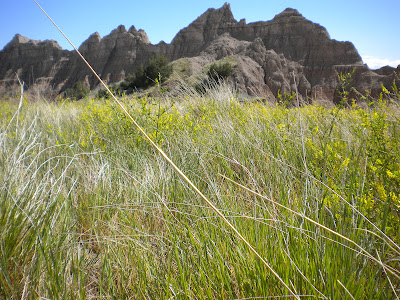 We couldn’t help but be drawn in by yet another tourist trap on our way back to I90 from the Bad Lands:  Wall Drug.  For you east coasters, think South of the Border.  The billboards started somewhere around the Missouri River and advertised 5 cent coffee and homemade donuts (among other things).  So, after a quick (and magically deliciously) break, the caffeine and sugar high kicked in and we were back on the open road. 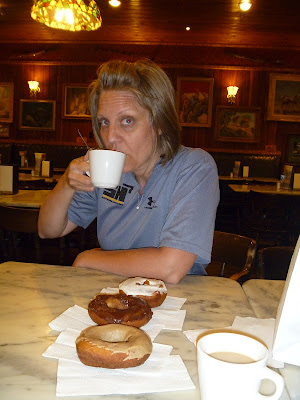 This was about where we had to start making the tough decisions.  Because of our late night in SD and our lazy morning, we were on track to arrive at our destination at about 10pm.  And, that was without any additional South Dakota stops.  We considered blowing off our loose itinerary but ultimately decided against taking the time to stop at Mount Rushmore and the Crazy Horse Monument, and instead decided to buckle down and get to Sheridan, WY before calling it quits for the day. 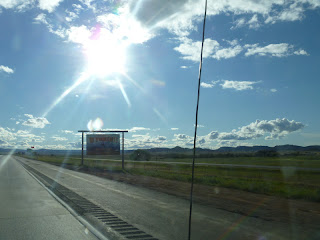 And, so, about 12 hours after leaving Sioux Falls this morning, K & I arrived at our hotel in Sheridan, WY a little tired and a little cranky (me), but very happy to have only 16 hours of driving between us and Seattle and two days in which to finish it.