Day 3 brought lots of hours in the car.  About 11 of them.  But, no worries, it was another pleasant drive overall.  The first highlight of day occurred as we were fighting Chicago rush hour out of the city.  I was driving and nonchalantly said, “Let’s listen to some Chicago tunes.”  I pushed the radio button to find some music, and an already tuned Chicago station started blaring none other than Chicago’s Saturday In The Park.  Of course, Kirk and I busted out into laughter (and song), and I think that pretty much set the tone for the rest of the day.

Fast forward a couple hours to Wisconsin where I enjoyed my very first cheese curds. 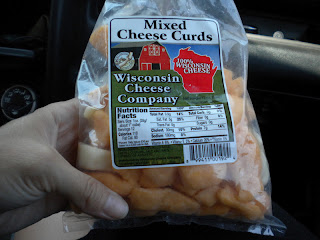 Yummy and salty pretty much sums them up.  Next up we crossed the Mighty Mississippi River into Minnesota. 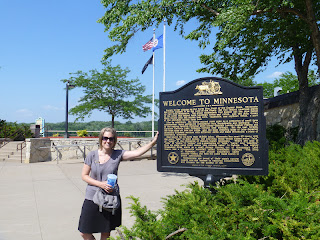 I would have loved to rent some kayaks and spent a day (or 7) paddling around the river, but instead we settled for bit of river access where we were able to stretch for a moment and put our toes in. 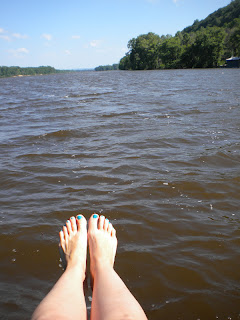 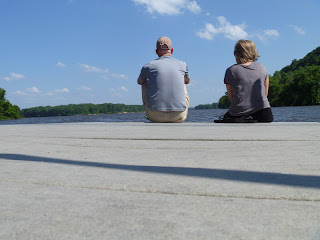 But, really I am getting ahead of myself.  Because, I think it was at the Wisconsin welcome center where Kirk was attacked and nearly killed by what we have heretofore referred to as the Oriole but is actually the Red Winged Blackbird.  After extensive research, while dealing with fleeting 3G, Kirk was able to identify his feathered foe.  You see, as we were attempting to document our 5th state line crossing, K apparently came dangerously close to a nest of these birds that have been following us around.  Of course, this caused the good Mama bird to dive bomb K’s head.  But, don’t worry, we still got the shot. 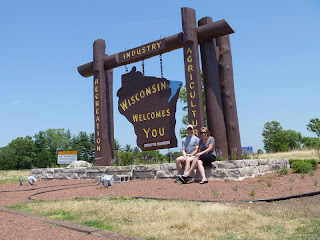 Okay, so back to Minnesota and the myriad of windmills. 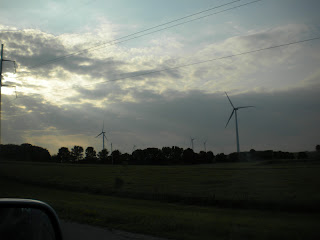 Eventually we reached South Dakota, where we had decided to call it a night. 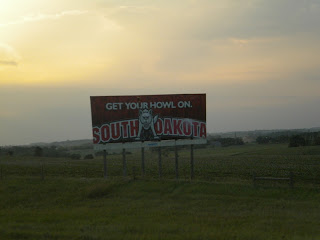 We met up with another one of my online friends, Kali- a Sioux Falls native- for dinner and drinks at a pretty sweet local spot. 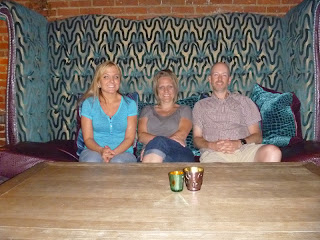