Oh yes, I think I do love the sweet town of Seattle.  Two of my favorite things in life are coffee and water, and Seattle has plenty of each. 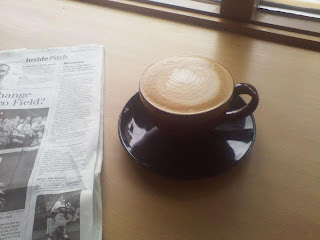 And, of course, there were several more cups of coffee throughout each day, but I never once had anything to drink from this place: 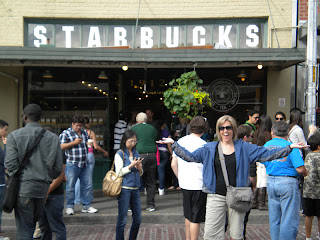 Who wants Starbucks coffee when you can have a cup of joe from a local shop?

I wanted to explore the city a bit, and K and I decided to do so from the water.  This was a great way for me to be outside and in/around the water that is all around Seattle, and also to feel like I was doing the touristy stuff.  We found a little shop called Agua Verde where we could rent kayaks. 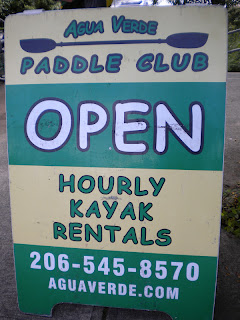 Amazingly, the weather was perfect.  Puffy white clouds in the sky and temps in the upper 60s.  From the kayak shop, we headed around a bend to catch a glimpse of the skyline. 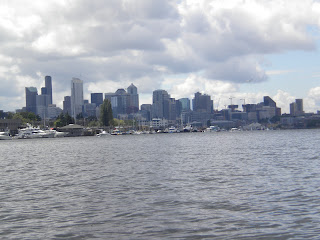 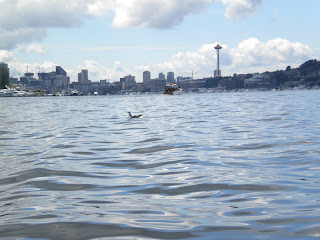 From there, we headed in the opposite direction, setting our sights on the Washington Park Arboretum.

In order to get there from Lake Washington, where we started, we had to paddle our way through the cut.  The Montlake Cut, as far as I am concerned, is one of the most terrifying things a fair weather kayaker could ever want to attempt.  Basically, you have to paddle your heart out and compete with cruise liners, yachts and other extremely large water craft to pass through a 100 foot wide stretch.  Okay, that might be a slight exaggeration, but still.  It was scary.  Considering that kayaks are "at the bottom of the food chain" according to the guy at the rental shop, you're feeling kinda vulnerable as you get thrashed around in the wake of the large ships zooming by.  That being said, the cut does afford some unique graffiti viewing. 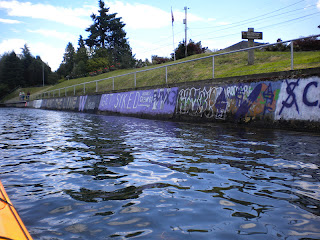 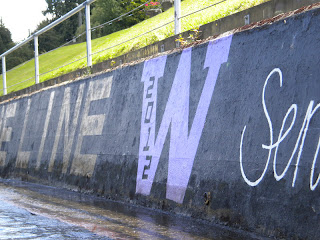 But, the trip through the cut is totally worth it, because the arboretum is gorgeous.  We paddled all around the park where we saw some fab plant and animal life. 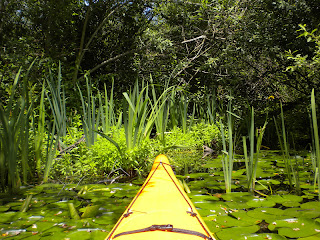 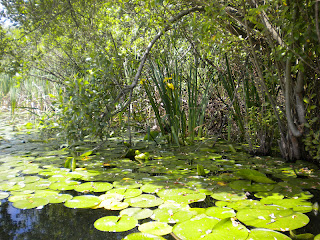 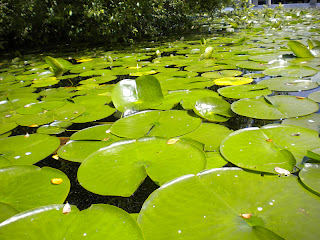 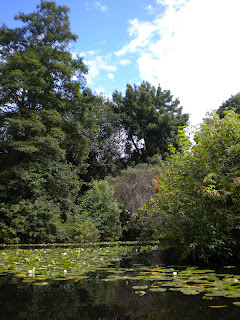 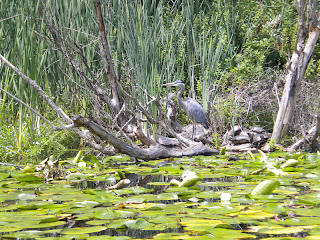 All in all, it was super relaxing and a great way to spend much of a perfect Seattle summer day. 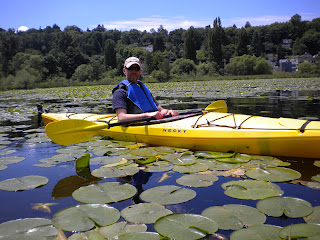 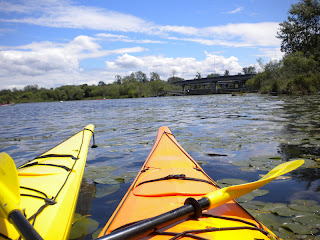 We originally thought we'd enjoy the water for maybe an hour or so, so by the time we finished our 3 hour tour, we were starved!  Lucky for us, the paddle company was also a cafe.  Next up:  fried cod tacos. 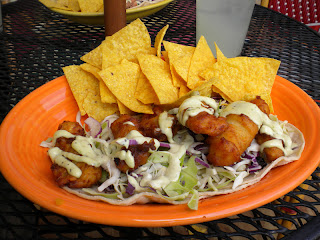 From there, we hit the market. 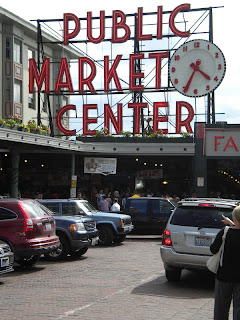 We got there a bit late, and some of the merchants were already starting to close up, but there was still plenty to see and do. 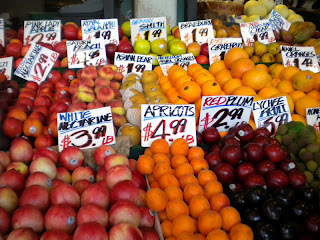 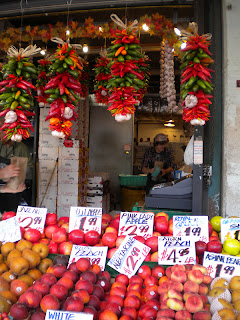 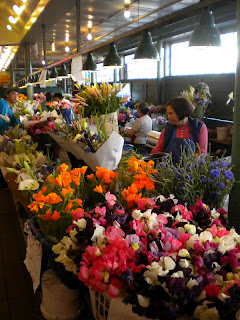 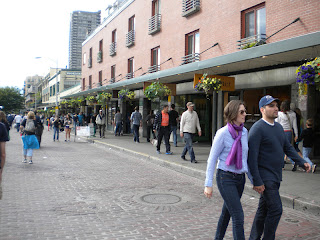 And, I was able to pick up some souvenirs.  Nothing like waiting 'til the last day of a 9 day vacay for that, huh?

So, when it was all said and done, it was a whirlwind trip out to Seattle and a whirlwind couple days in Seattle, but it was totally worth it.  Until next time, "City of Flowers"... 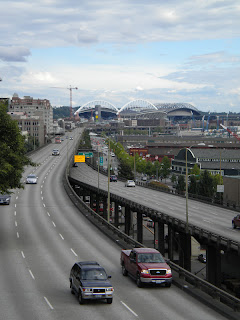