As soon as I saw this sweet as pie fabric scrap tutu, I knew I needed to make one for my youngest niece, Hope.  I originally found this photo from an Etsy store via Pinterest, but the link is now broken.  If it's yours, or if you know whose it is, please let me know! 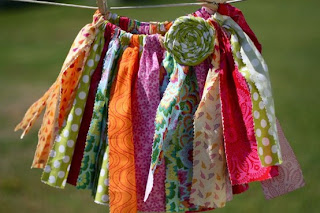 The original plan was to get this made for Christmas, but that didn't happen, so I think it will be a special gift to celebrate Hope's 17 month birthday which is coming up.  You know, 'cause everyone celebrates that.

So, here's how I got it done.  The only thing I purchased was a yard of 1" elastic from JoAnn's.  I know nothing about elastic or using it in projects, but no-roll sounded like a good feature, so I went with that. 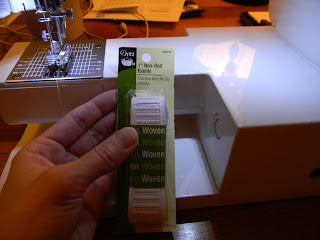 I didn't get a picture of this next step, but I cut the elastic in half and used only half for this project given my recipient's size.  I sewed the roughly 18" piece of elastic to itself to make a waistband for my tutu.

As for the fabric scraps, I knew I didn't have enough for the entire project, so while we were at my parents' over Christmas, I asked my quilter Mom if she had any scraps I could have.  That was a silly question.  She sent me home with a few scraps that turned out to be perfect for the project.  They're actually 2 1/2" quilt bindings, and I had a bunch to choose from! 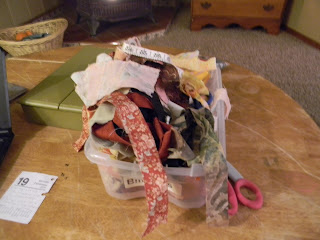 Since all of the quilt bindings were a consistent width, I just went with it, and cut them all down to about 20" in length.  I also mixed in a few strips that I had from some other projects of my own.  Then, I ironed them and laid them all out to determine a pattern. 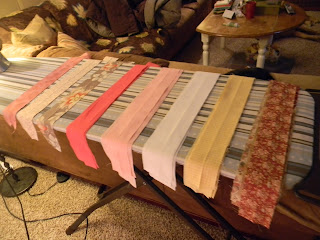 Once I decided on something that I liked, I got to tying.  I found the middle of each strip and tied it to the elastic band.  Seriously, it was that simple.  And, here's the finished product! 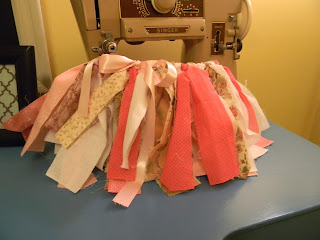 This is just about the cutest thing I've ever seen! 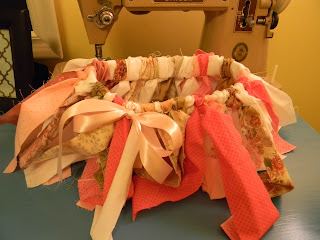 Of course, no one in this house could model it for you, except this bear!  :) 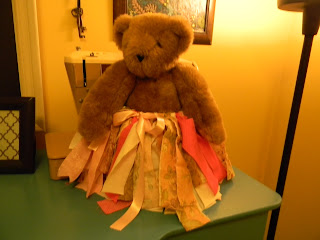 Perhaps, eventually I'll get a picture of little Hope toddling around in it.  (Hint, hint, Amy, I know you're reading!)

Aunt Emily loves you, Miss Hope!  I hope you have fun dressing up in this tutu!

edit:  okay, so maybe you've noticed that the inspiration tutu was cut with pinking shears.  If I had cut all of my strips of fabric, I would have used them, too.   But, since my strips were already cut (because I used quilt binding), I couldn't justify re-cutting them all.  Sure, mine will fray, but I think that kinda adds to the charm.  :)  Of course, I have absolutely no idea how this will hold up in the long run!

edit #2:  Oh my goodness, I just received some pictures of Hope in the tutu.  Enjoy! 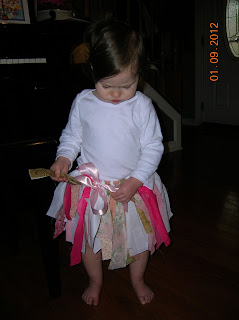 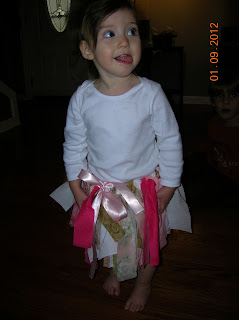 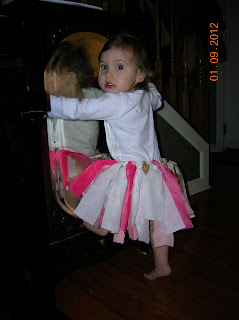